WL: Semifinals set with Italy to play Russia and Brazil taking on Bulgaria

Italy, Russia, Brazil and Bulgaria will play in the FIVB Volleyball World League semifinals together for the first time after the final-four of the 2013 edition was confirmed following the last pool matches on Friday. 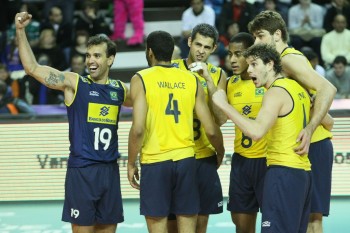 Italy will play Russia at 16:30 (Local Time) while Brazil take on Bulgaria at 20:00 (LT) in Saturday’s semifinals.

Canada were confirmed in fifth, their best ever result in the World League, having two points following Thursday’s win over Russia while winless Argentina ended in sixth spot, a repeat of their result in 1999 when the World League Finals were also in Mar del Plata.

To read more information from this competition click on World League 2013.

WoV Quiz: Have WoV brand with you!

The oldest volleyball players are…