In August it will start the most prestigious business event of the season in the world of volleyball-Grand Prix 2013. 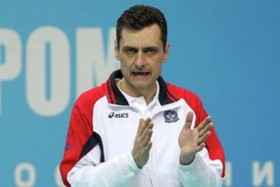 Matches of Serbian team will start in the Dominican Republic. In Santo Domingo, from 2 to 4 August they will face the team from Puerto Rico and the Czech Republic. The greatest achievement of Serbian team was in 2011, when under the leadership Terzic won bronze medal.

At the same time Team of Russia will draw the Grand Prix in Campinas, Brazil. In addition to the home rivals, Russians will meet USA and Poland. For a beginner Anastasia Shlyakhovoy it will be her debut at this level. Russians won three Grand Prix, the last time – in 2002 in Hong Kong.

For more news regarding this competition, click World Grand Prix 2013.