RUS M: Markin and Ermakov are back in gym

Representative of Dinamo Moscow, Mikhail Komarov, said that Artem Eremakov and Alexander Markin are successfully recovering from injuries and that club expects them soon on the court. 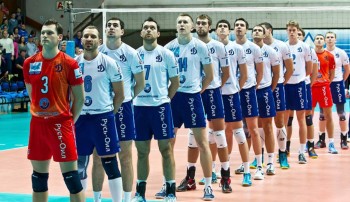 “Ermakov started to work in the gym, but he is still out of the team trainings. He has to get back in the shape. Artem really wants to play for Russia in the World’s Grand Championship Cup in Japan, but the decision rests with the head coach” – said Komarov.

“Markin was examined in Italy and was given a necessary treatment for his knee. He will also work only in the gym at the moment, but we expect him to be recovered for our next Superleague match” – added Komarov.

BUL M: Yordanov and Zhekov out of...