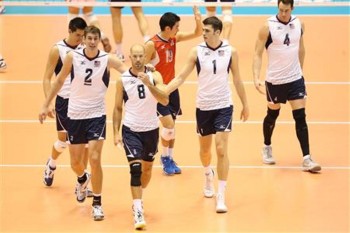 Matthew Anderson notched a match-high 27 points for the U.S. in the triumph. Maxwell Holt and David Lee added 13 apiece.

ARG M: Get ready for semifinals of...