After ten years of waiting, final six of World League will be held in Italy again! The tournament is scheduled for July 2014 (16-20). 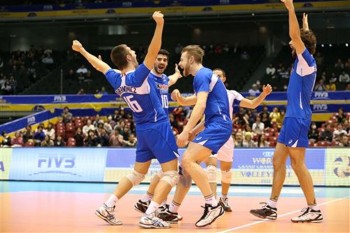 It is the sixth time that organization of final tournament is given to Italy, which prevailed over Iran this time. Previously, final-six was held on Apennine peninsula in 1991, 1992, 1994, 1998 and most recently 2004 in Rome.

With the organization, Italy is automatically qualified for the final-six.

If you want to see pools of World League click on the following link.

Also, check out the Latest news.