A record high number of TV-minutes were worldwide dedicated broadcasting from VELUX EuroVolley2013 in Denmark and Poland. 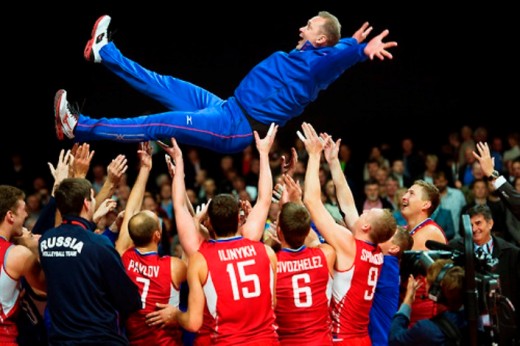 No less than 64.207 minutes or 1.070 hours of TV in total – a 20 percent increase compared to the last European Championship.

There were lot of possibilities to watch one of the thrilling matches from the 2013 CEV VELUX Volleyball European Championship – Men in Denmark and Poland on TV back in September 2013. No less than 64.207 minutes or 1.070 hours of TV were broadcasted worldwide from the first ball service to the last spike in Parken Stadium, Copenhagen.

That is a 20 percent increase compared to the last European Championship back in 2011, where 892 hours of TV were broadcasted.

It is Sport System Europe which has just calculated the TV-numbers, and they estimates that the many hours of TV-broadcasting were seen of approximately 97 million TV-viewers.

Russia, Italy and Poland were the most eager TV-viewers.

VELUX EuroVolley 2013 was broadcasted in no less than 160 countries around the world. An increase compared of the 2011 Championship, where 114 countries could watch the matches.

Watch again all games from European Championships 2013 in WoVVideo.