After spending eight years in Norway working at the Volleyball high school set up by Toppvolley Norge (TVN) in the small city of Sand, Japanese-born volleyball coach Haruya Indo recently returned to his home country to mentor one of the top teams competing in the V-League, the Osaka Sakai Blazers. 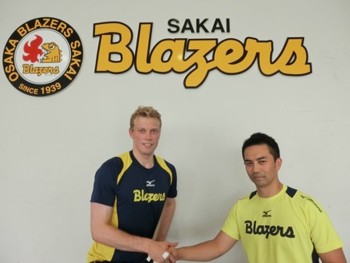 At the Osaka Sakai Blazers Indo follows in the footsteps of previous head coach Shingo Sakai. He will be assisted by a former player of Toppvolley Norge, Sigurd Van Dijk Festøy, who is half Dutch and half Norwegian, and by Toru Uesugi, who was Norway’s scoutman and assistant coach at the second-round qualifier for this year’s U20 European Championship.

The ultimate goal is to bring the Osaka Sakai Blazers back to where they belong after they won the 2012/2013 edition of the Japanese V-League. Last year they had to be content with third place as the charts were topped by the Panasonic Panthers.

WL: Placi brings back Georgi Bratoev to the National Team

Four Exercises to Get to Know your...