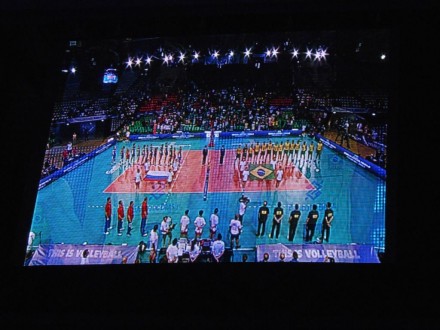 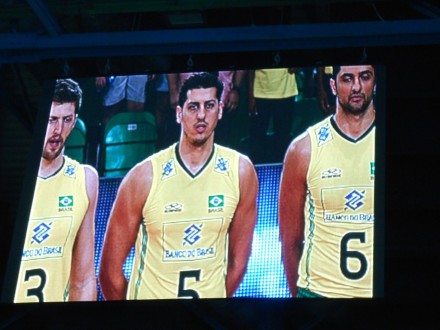 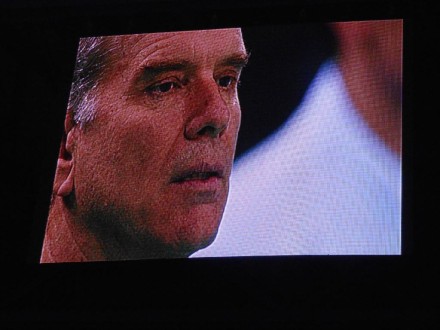 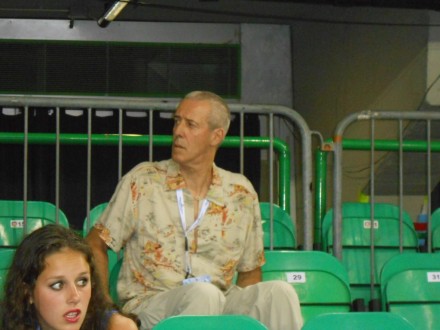 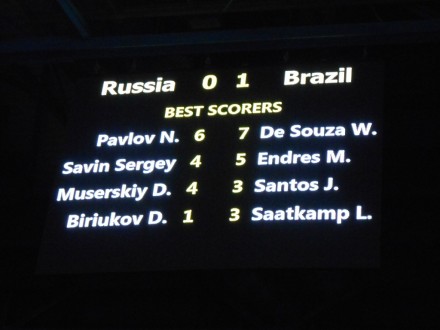 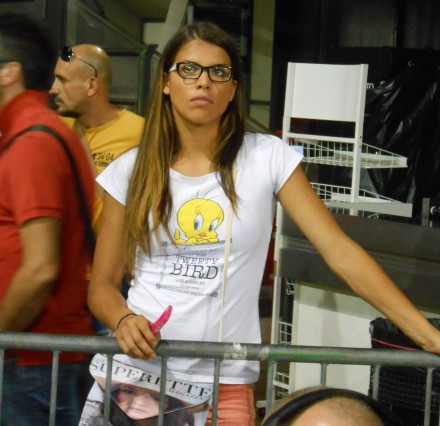 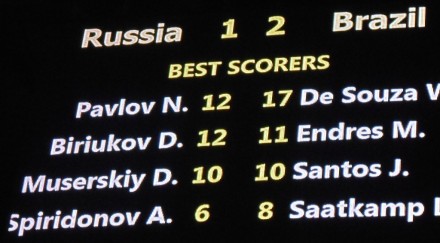 Brazilian team opened the match with 1-4 lead thanks to the good play of Lucarelli, who later scored for 4-7. Wallace has scored from “zone 2” for the Brazilian lead on the first technical time out (5-8). Russians came close to 10-12 but with two points of Murilo Brazil escaped to 10-14 and then 11-15. After a point and ace by Muserskiy, Lucarelli made a mistake for 14-15 and Rezende needed to call for time out. Brazil had 14-16 on the second TTO.

Vissotto and Raphael came into the game, but Russia immediately made two blocks on Vissotto for 17-17. Murilo has scored his fifth point for 19-20, but Pavlov equalized on 21-21 and then took another point for 22-21. After play “point for point” Wallace scored two in a row for 23-24. Lucarelli won the last point for Brazil 24-26.

Spiridonov scored very unusual point for 16-14 for the second TTO. After that he took the main role in Russian team, scoring few points in a row for 21-17. Russia kept the point difference (23-19), but Brazil came close to 23-22. However, squad of Bernando Rezende failed to save a ball, which might tied the score and Birukov punished it with another point for 25-22.

However, Brazil did not want to surrender. Despite bad serves, squad of Bernardo Rezende started decreasing the deficit significantly… Until it was all tied at 22-22 after a strong spike by Lucarelli. A bit later it was 23-23, and then Lucas Saatkamp blocked Pavlov for a big turnaround and a set point (23-24). Voronkov called a time-out, but Lucarelli finished the set after one more good spike from a counterattack – 23-25.

Brazilian team has continued with the good performance in the fourth set. They opened this set with 1-4, but Muserskiy started serving very well and it was 5-5. It was all equal until 12-12, then Wallace scored two points and Pavlov made a mistake for 12-15.

Brazil kept +3 (13-16) until the second TTO, and that advantage soon grew to +5 (16-21). It was practicly all over, but Russia had one last chance for a comeback. Muserskiy scored an ace for 21-23, but he made service mistake after a time-out and Brazilians had three match balls (21-24). They used the second one. Wallace, the best scorer of the game, finished everything with a strong spike for 22-25.

This is one of the most popular...