The Group stage of World League Final six has been finished! Italy smashed Australia and sent them home after playing only three sets 3-0 (25-14, 25-22, 25-21). Italy will play against Brazil, while Iran will try to beat USA for the final of WL 2014! 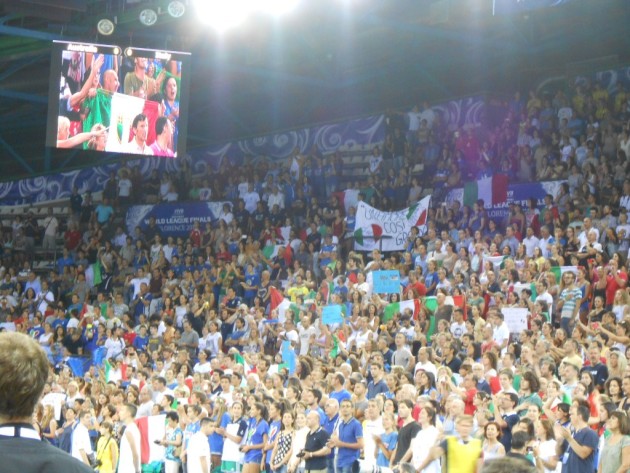 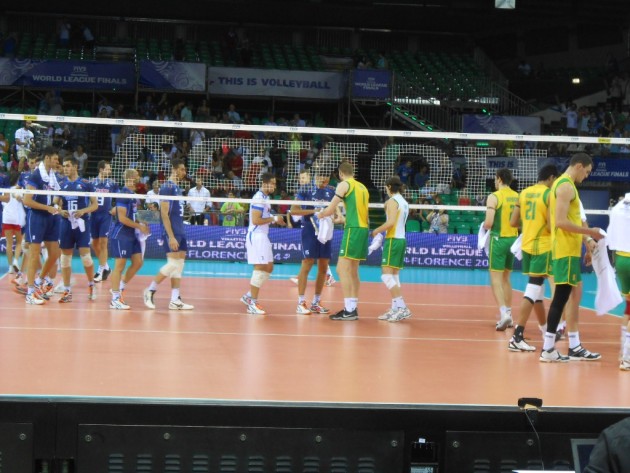 Italians dominated Australians in the first set. Italy opened the game allowing the opponnent to take only three points until the first TTO (8-3).

It seemed that Australians are not strong enough to play against host team. Italy increased the lead to 14-8 and in that moment, it was so hard for Uriarte’s squad to make comebask.

In case you didn’t notice, the Australian players wear black armbands because of the plane crash that happened in Australia.

In this part of the game Ivan Zaytsev again was the best player in the Italian team. It was easy for Italian side to clinch the first set by 25-14! 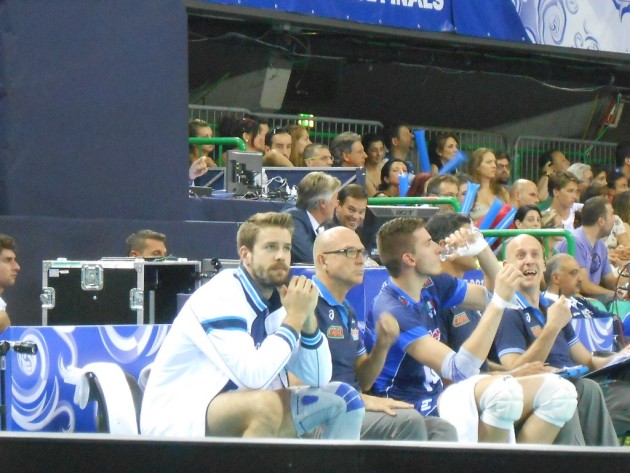 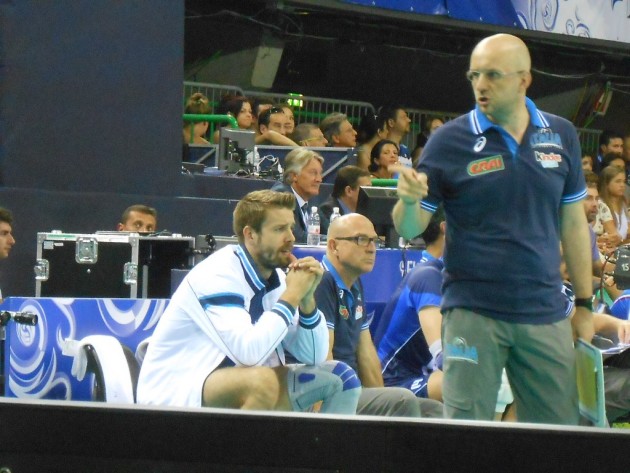 In the second set, Australians gave a stronger resistance! But, that was not enough for taking the set. The result was equal until 19-19, but Lanza, who replaced injured Jiri Kovar in this match, scored a point for 23-22 lead, then Zaytsev has used counter-attack for 24-22.

Uriarte’s time out didn’t help, Edgar made mistake and Italians took the point for 2-0 in sets.

Like in previous set, Australians tried to make a comeback but simply Italians were really great! Edgar was only bright spot in Uriarte’s squad but he couldn’t do it only by himself!

The score was tied until 15-15. Then, Berutto’s side take five consecutive points for 20-15! Uriarte took the last time out in the set but Italians were unstoppable.

Italy didn’t use the first match point, but Lanza was simply amazing and scored a point for the win of his team 25-21!

Congratulations Volleyroos – to get to the Final 6 was an amazing and deserved feat! Two losses and you go home, but in no way were you ‘smashed’ by any of your opponents! This terminology used to describe your loss to Italy in no way signifies the real result and the closeness of scores in the last two sets!! I’m a proud Kiwi (New Zealander) but have followed your pathway to the Worlds and for that I am proud to be an Aussie supporter!! Well done – you can be very proud indeed!!