FIVB board has determined the World League 2015 Group 1 format! 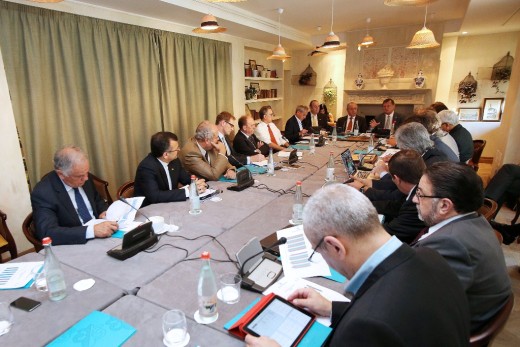 Italy, Brazil, Serbia and Australia have been placed in Pool A, while Russia, USA, Poland and Iran form the Pool B.

According to the rules, Australia, as the best placed from World League 2014 Group 2, replaced Bulgaria.

The competition format will stay the same, which means:

Pools A and B make up Group 1 – six teams will play the Group 1 Finals for the World League title.

Group 2 will contain Pools C, D, E and F. The Finals will be composed of four teams. The Group 2 Finals winner will qualify for the Group 1 Finals.

Finally, Pools F and G make up Group 3. Eight teams will compete in a round robin system with one host country per tournament, two rounds and six matches per team, and the Finals with four teams.

PHOTO OF THE DAY: So many stars...