Crowd in Florence is cheering after all! Italy has won the bronze medal in the World League for the second consecutive season. 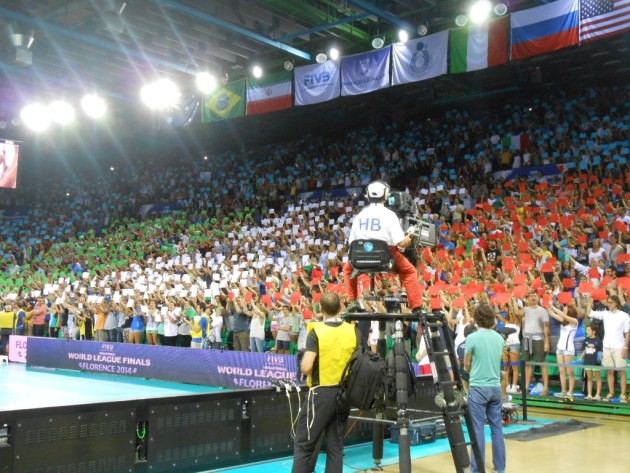 Italy opened match for the 3rd place in a very strong way. Ivan Zaytsev was showing his real potential and his team came to the early lead of 8-4. Iran was making many mistakes, and in that moments the lead increased to +5 (10-5). But, after a good block by Gholami and some mistakes of Italy, Iran made souple of points in a row and the result was 14-12.

Parodi scored ace point for the lead of 16-12 on the second TTO. but Iranians continued to fight for every ball and it paid off. It was only 19-18 for Azzurri… Berruto was forced to call a time-out. And that pause came in the right moment for Italians. They scored three in a row (22-18) thanks to excellent play of Zaytsev-Buti tandem. The only thing which Iran managed to do until the end was to come close to 24-22, but Italy won the next point and therefore the first set – 25-22. 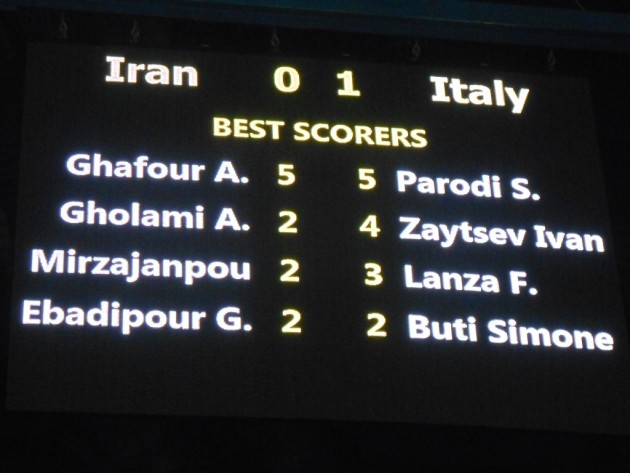 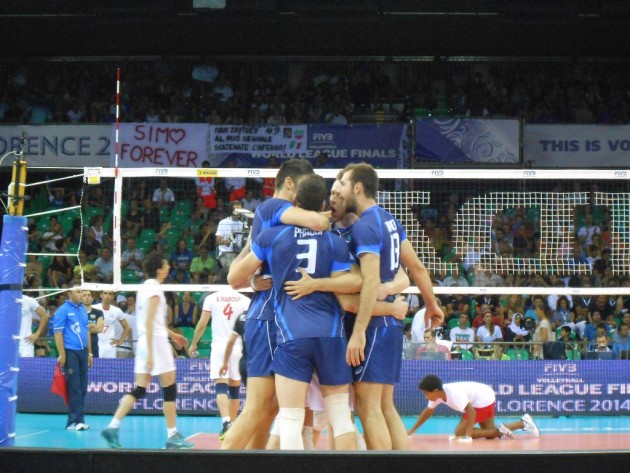 We can say that the second set was close only until the first TTO. Italy went on a break with +1 (8-7), but then made four in a row for 12-7! On the second TTO Azzurri had 16-13 and again returned on court in a much better shape than the opponent. After great play of Travica, who left Simone Parodi without block, Italy was up ahead by 6 (20-14)… Soon after Ivan Zaytsev once again made the final point for 25-18.

It was obvious that Italians were very motivated to win this match in front of 7500 home fans, but it was like two previous sets made them relax a bit. Iran used that to gain an opening lead (8-5), and kept it until 15-12. But, it was only a metter of time when Azzurri will wake up.

With three consecutive points they equalized on 15-15 and after a mistake mistake of Ghara, Italians took the lead (16-15). And they did not lose it until the end! Berruto’s squad continued to bulid an advantage (19-16), and then performed a routine finishing. Icing on the cake was the last point when Dragan Travica just lowered the ball for 25-22! 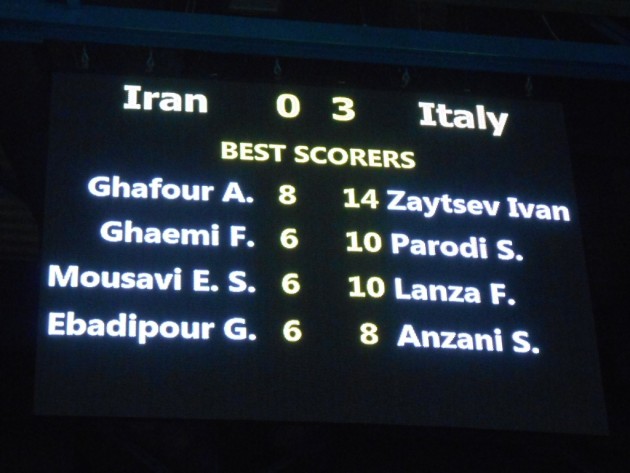 WL: Six years after… Gold is back in the USA!