To face a new Olympic period of the Argentine Seniors' Women Team, that has as main goal the Rio de Janeiro Olympic Games 2016, the Argentine Volleyball Federation chose Guillermo Orduna as new coach of the light blue - white team. With an outstanding international experience as coach of Argentine Women / Girls Teams, the coach expressed his feelings. Read latest volleyball news on Worldofvolley.com. 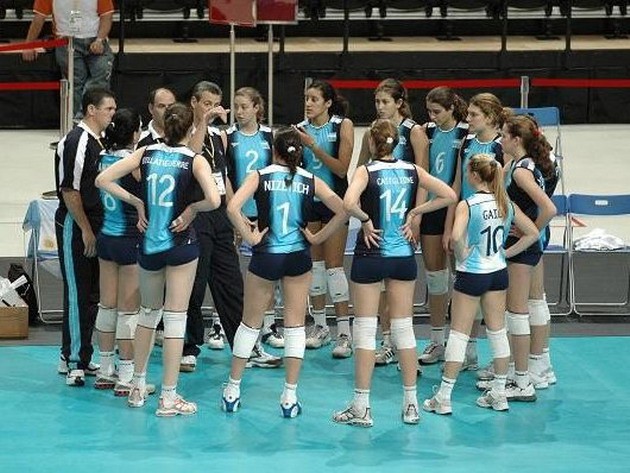 Orduna with the Argentine Youth’s Girls

“I am very happy to return, it is always an honour and a very important satisfaction. I feel full of strength, full of wishes to represent the country and also ready to face the great sport challenge that this means” expressed Orduna, who was one of the many coaches that answered the call of the FeVA to present projects for the new four year Olympic period.

“The main goal is the Olympic qualification. Argentine Women Volleyball will stand among the best teams as there will be a support and a marketing program to back us so we must answer with positive sport results” added the coach. “We must show a good produt with good Media support, too” said the coach after receiving the approval and bet of most Argentine Volleyball.

With reference to his coaching team, he advanced that he will call on Juan Manuel Serramalera as Assistant Coach and Marcelo Magliarella as trainer while he still has in his head the other names of the staff that will work with him.

Orduna remembered his previous experiences. “I started with the Seniors‘ in 1991, with the Pan-American competition in La Habana, Cuba as the first tournament. At that time I played with great players like Carolina Costagrande and Romina Lamas, and Argentina obtained the second ranked place with our Seniors”.

Afterwards, Orduna worked with the grass-root categories of National Women Teams, with the Youth‘s at Macao World Championship in the year 2005 as higher point, with players that became then, great Seniors‘: Yamila Nizetich, Lucía Gaido, Aylín Pereyra and Julieta Lazcano.

With reference to the near future, he added: “Next March, we will start watching and evaluating players. Until then, we will follow those that are playing in Europe”. The Grand Prix 2013, with their third consecutive participation at the most important international competition for women teams organized by the International Volleyball Federation, will be an important challenge for a team that starts to follow the new Olympic path.