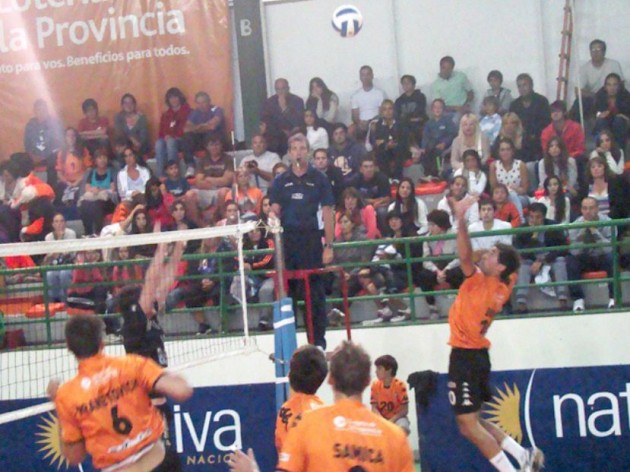 Buenos Aires Unidos started with their usual weapons: pressure with the serve, quick attacks through the center, and game volume. So the gap grew ever higher until it was 17-9. BAU continued its overwhelming dominance and Marquez closed the door to the rival’s counter attack and the opening set (25-17).

The home team started with a alead in the second set 8-4 with a solid game and minimum errors. However, PSM Voley managed to bounce back, but Buenos Aires returned to their game for the final segment in the second set and won (25-19).

In the begining of the third set it was an equal battle. But after that the home team gained advantage. 20-14 result anticipated a quick end. However, Puerto San Martin did not give up, they kept fighting and managed to equalize the result 23-23. After that Unidos scored two more points to win the match 25-23.