UPCN San Juan defeated Personal Bolivar and reached the final of the Argentine championship. José Souza is one of the best players of the team from San Juan and he is enjoying the passage to the final after eliminating Bolivar Personal in the semis. This and other volleyball news read on Worldofvolley.com. 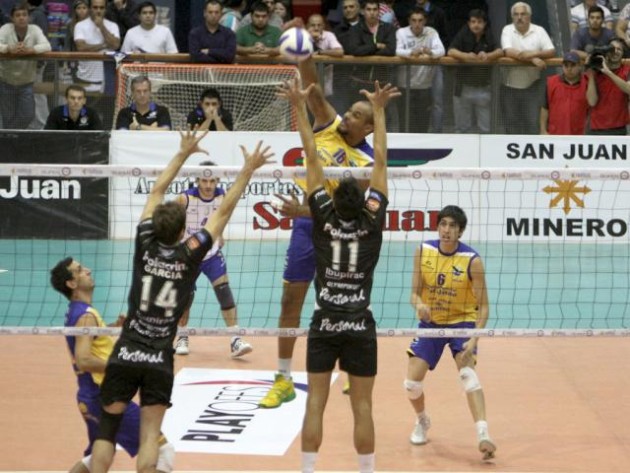 Jose Souza, better known as “Junior” is one of the most beloved player by UPCN fans. After a series against Personal Bolivar Jose Sousa said: “We continue to make history with the club. Except the Personal Bolivar no other team got four consecutive finals in the Argentine League. The difference between us and Bolívar is that we did that without the stars in our team. We get this with hard work and we appreciate it so much.”

UPCN won the last match before more than 7,000 people after recovering from a hard fall in the first set 25-14. “It was a part of many errors and anxiety. In the second we put our head in place and everything went as planned,” he said.

For Junior, the key to victory was the attitude. “Everyone told me that it was easy, we won easily, but I can assure that no match against Bolivar is easy because they do not allow you to win,” said Jose Souza.

Meanwhile UPCN will play on Monday in Mar del Plata against Buenos Aires Unidos in finals, Junior‘s compared series with a lottery: “In the tactical and technical play they are similar to us. They are not as fast as Bolivar. But we are so equal that it will be a lottery, we can win there, they can win here, the key will be able to handle the pressure, avoid mistakes and try to get at least one game in Mar del Plata.”

YEC M: Belgrade is on a roll