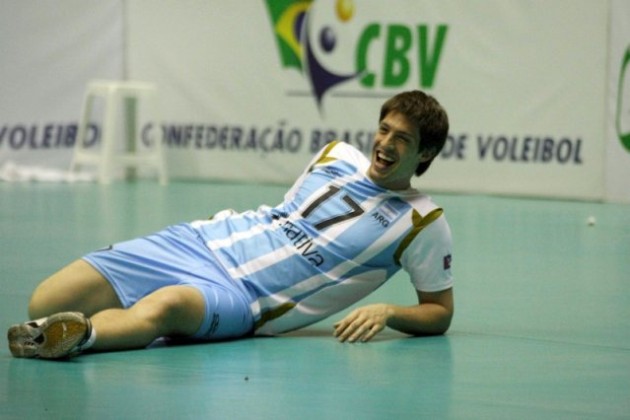 With Mariano Giustiniano, Pamvochaikos is aiming title in Greece

The Argentine spiker (1.90 meter), born in 1986, last seasonplayed in Sarmiento that ended up fifth in Argentinian Serie A1 and lost in play-off semifinals to Buenos Aires.

“I know that the Greek Championship is very strong and competitive. The Pamvochaikos is a strong team with excellent path, two years participating in the premier class. Last season the team played in the championship finals and it is already preparing for a better season. I was informed how Pamvochaikos is a serious and very well organized club. I come with great appetite and I am sure that through the team can improve myself as an athlete, ” Giustiniano refered to the aspirations and goals of the club.

Pamvochaikos is Giustiniano’s firs team outside his homeland. Previously he had played in Misiones, Chubut, Boca Juniors, Mar Del Plata and finally in Sarmiento.

Last season Pamvochaikos had lost play-off finals in Greek A1 League to Olympiakos.

To read more news about this country click on Greece.