The Argentina women’s team took on Argentinean league champions Boca as the upped their preparation for the FIVB Volleyball World Grand Prix 2012 and the South American Championship this week. 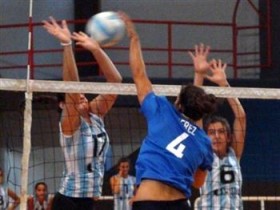 Horacio Bastit’s team lost all three of their matches to the undefeated Boca Juniors, the final one a straight sets (25-12, 25-17, 25-14) defeat, however the series allowed him to try new combinations ahead of the international season.

Development was the main goal for the team and, despite the losses, the team managed to add to their performance before the start of their 2012 campaign.