In every end of year, there's a balance to do. Let's go through Luciano's season on Argentina's National Team and his Piacenza. 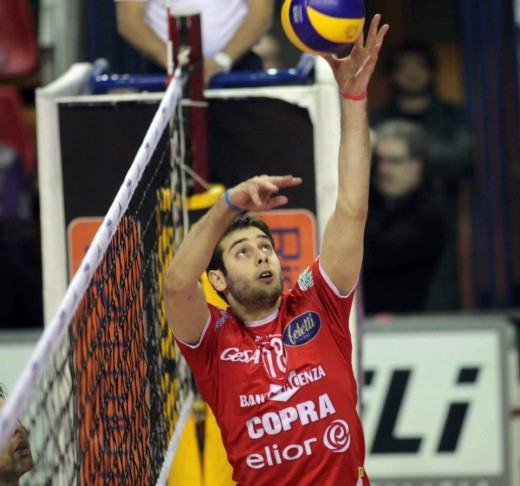 Luciano De Cecco started a new cycle with Argentina being the new captain, in replace of Rodrigo Quiroga. The national team started with three wins in three friendlies in Almirante Brown Stadium against Cuba. De Cecco played in the first two games where his team won 3-1 and 3-2; he scored 5 points.

The meetings with the Cuban team helped him in the preparation of the World League, where Argentina in the first weekend was the surprise in visitor condition against United States 1-3, but then in the close of the journey De Cecco’s team fell by the same score. In both matches Luciano performed as a substitute setter, but not in the two defeats 0-3 of the national team against Brazil in Argentina for the second weekend, where he was part of the starting six.

In the last four visiting games of Argentina in the World League, De Cecco alternated his position with Nicolas Uriarte, all were defeats with Bulgaria (3-0 and 3-1) and Poland (3-2 and 3-1). After passing through Sofia and Bydgoszcz, Luciano garnered 7 points, same amount that he joined in the falls suffered with France (2-3 and 1-3) in Argentina in the last weekend.

De Cecco was in the lineup of the World League finals, where Argentina could not get into the semifinals of the Final 6, on his country, after losing 1-3 to Bulgaria and 3-1 to Italy. But in the South American Championship in Brazil he achieved the classification to the next World Championship to be played in Poland this year.

On his club, De Cecco finished the year in second place in the Italian League, behind Macerata that won its 10 games and get to 29 points, 6 more than Copra Elior Piacenza. Luciano won 8 games and lost the remaining two, three of their matches were won in straight sets, four with a 3-1 result and the remaining in 5 sets.

De Cecco played in every game and has a total of 37 sets appearances, along with Marra Davide (libero), Alessandro Fei and Simon Robertlandy, were the only players present in each Piacenza’s period in the A1 League.

On Champions League, Luciano also played every game and sets of his team, which only lost a match at the hands of Tours (France) on the second date, where Argentine setter made an ace, one block and three effective spikes on three attempts. In the European competition he only made one point, as in the fourth and fifth match of Group A.

The best of De Cecco was shown in the end of the first round where he defeated Dupnitsa in straight sets. In that game the Argentine stood out from the block where he scored 3 points, kept his effectiveness of 100% (2 effective spikes) reached in the previous match against the French squad, and one ace to round out his account in 6.

The Argentina national team’s captain finished third in the ranking of best setters based on the quality of the attacks after the set. His efficiency was of 57.14%, the first two places were taken by Koc Hüseyin (62.50%) of Halkbank Ankara and Dragan Travica (58.54%) of Belogorie Belgorod.