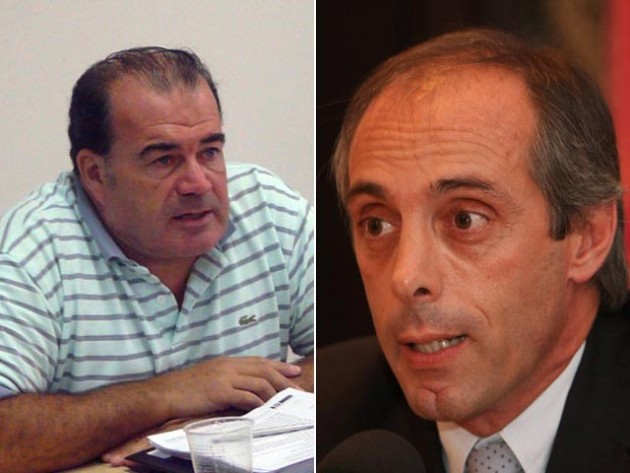 Together with Gutiérrez representing FeVA were José María Cuadrillero, coordinator of all working areas of the volleyball entity and Osvaldo Celia, Manager of the grass-root categories and the coordinator of the activities between both entities. With Morresi were Osvaldo Arsenio, National Sport Secretariat Technical Chief.

They talked about working program but also it was the official presentation of the new FeVA authorities. The goal and main idea is to keep working in combination and sustain and make stronger the good relationship between the Federation and the Sport Secretariat. From the Government they pointed out the importance that all National Volleyball Teams train at Cenard facilities.

FeVA presented their new plan for the 2016 Olympic period announcing the presentation of several growing projects. Among them the idea of building a beach volleyball venue at Cenard facilities so that all National Teams can train there.

The Sport Secretary announced that among their projects, there will be a Gym at Ezeiza facilities. But they also asked about Argentine Volleyball at world level and the real Olympic chances for this 2012 Beach Volleyball Olympic Women teams, Also, they talked about the development centres that are helping grow volleyball all over the country.

The meeting ended with the Sport Resources Sub-Secretary, Gustavo Berta talking about the relationship and the work between both organizations.