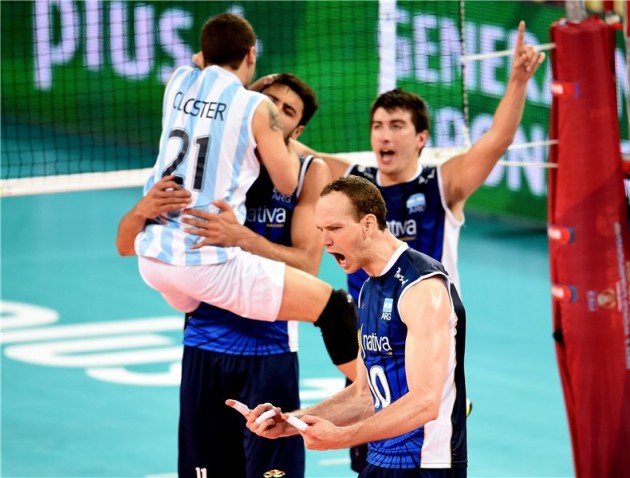 Argentina is ranked ninth in the world and before this game, has won the last four matches between two teams. Venezuela came into the match with a six-game losing streak at World Championships.

Velasco’s squad took the first big advantage in the match. In a close set, they have prevailed 25-23 against Vincenzo Nacci’s Venezuela side.

Argentina continued to play very well in the second set. They kept big advantage during the whole set and clinched it by 25-17. Facundo Conte was on good form and was spiking well.

In the third set, the score was tied 12-12. Then, Argentine players started to play like they did in the previous two sets, and made 4-0 run for 16-12. It was the key moment, and Velasco’s squad scored the first win!

Jose Luis Gonzales was the top scorer with 11 points, while Conte finished with 7. In Venezuela, two players had the same number of points, Jesus Danian and Kervin Pinerua – 5.

WCH M: Kolaković – “We are all disappointed”