ARG M: Velasco – “The best coach in the history of Argentine sport? It’s an exaggeration”

Argentine expert Julio Velasco, one of the coaches that left the biggest mark in the volleyball history (two-time world champion and three-time European champion with Italian Men’s Volleyball National Team), gave a lengthy New Year’s interview for “Voley Plus”. 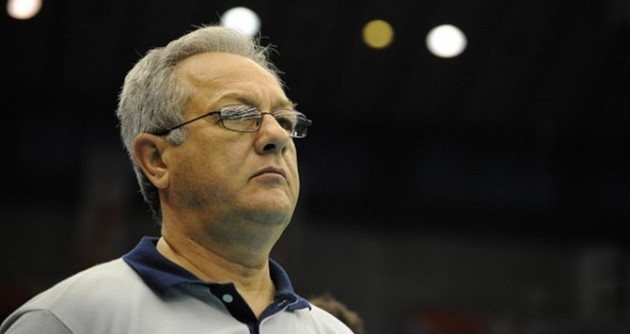 How do you cope with vanity? You have been called a legend, hero, the best coach of the century…

„The best coach of the century is not true because there was an election, where the International Volleyball Federation presented three coaches: Doug Beal, Yoshida Matsudaira and me. The winner was Matsudaira. But they say that I won it, and although I clarified it, they insist that the award is mine. In Italy, they say that I am a professor of philosophy and I always make it clear that I did not receive it. These are nonsense. But it is complicated when vanity gets into interpersonal relationships, when they put you in that key place and all those things. Nothing is the same. It changes the relationship with people, because you do not allow yourself to be normal, warm up or to discuss with someone. And you end up being in a place you did not ask for. There were years when I felt very unnatural and I was creating an automatic mechanism to look after myself. I lived the military process… When I arrived in Italy, I was with a friend and on the highway there was a police check. I did not do anything, but my friend noticed that I was tense, so he was trying to talk me out at some point. He said to me ‘Calm down, you are in Italy, not in Argentina’. Then, I clicked and said, ‘I do not need to look after myself anymore’. When I began work with the National Team of Italy, somehow that self-protection mechanism came back. That really bothered me,” Velasco said.

Do you accept the label of the best coach in the history of Argentine sport?

“Of course, it’s an exaggeration because I do not believe in the classifications like the best musician, writer, coach. I do not have one in particular because it very much depends of each moment. I do not know if Piazzolla (Astor Piazzolla – Argentine tango composer) or Troilo (Aníbal Troilo – Argentine tango musician) is better. The musician or writer does things for posterity, while our work is a very pragmatic task. We have to solve the problems of today, not yesterday’s or tomorrow’s. My job is to prepare myself for new problems that arise. I do not believe in the total line. One thing is to teach, but I do not believe in the processes in which we should give a line to all the Argentine volleyball. I object, because if I get many coaches to follow my line, if my line exists, I will end up in something ideological. And as in any ideology, it ends up with defending the friend of ideology and not the most capable of thinking differently. And not just in volleyball, but in all sports, we need many good coaches, not those who think the same way,” a 64-year-old Argentine Men’s National Team head coach added.

Read full interview on “Voley Plus”.

Check out other news from Argentina.

GER M: Düren player makes a move worthy of the best setters in the world! (VIDEO)

CWCH W: Osasco to get the 1st wild card?

One of the best coaches in volleyball history.
disipline 100%
knowledge of volleyball and his players 100%
success 100%