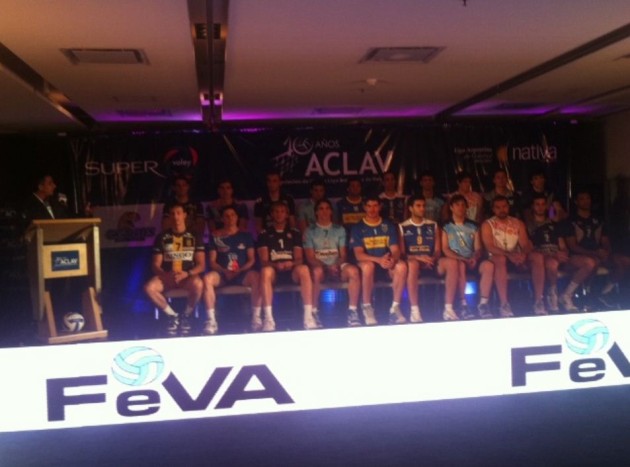 After an outstanding presentation held last week, with the presence of the Argentine Volleyball Federation as support, this Thursday it will be time to let the ball move for eight of the ten teams that will participate: Boca v Bolívar, Buenos Aires Unidos v UNTreF, Formosa v Gigantes and Sarmiento v Olimpo. On the following Monday, TyC Sport Channel will show the fifth match as new official broadcaster, with the match UPCN v Puerto San Martin.

The names of some of the stars and experienced international players is very long and starts with the Brazilian Giba, winner of most of the competitions he participated at at National and International level with the National Team; the Cuban Angel Dennis, talented and powerful player that has been part of the best leagues of the World; the French Guillaume Samica, full of terrific fights at international level; the Romanian Bogdan Olteanu, in his second season in Argentina after finishing being the VP of the season 2011/12 added to eight of the twelve participants of the Argentine National Team at the Olympic Games in London. No doubt, this league will make history.

Bolivar already got the title at the World Challenge competition and at the Master Cup and UPCN won the ACLAV League, for second consecutive year after fighting with great teams as Buenos Aires Unidos, second runner-up. Many candidates for one only title, the 2012/13 season.

ARG: Argentine coaches around the world –...