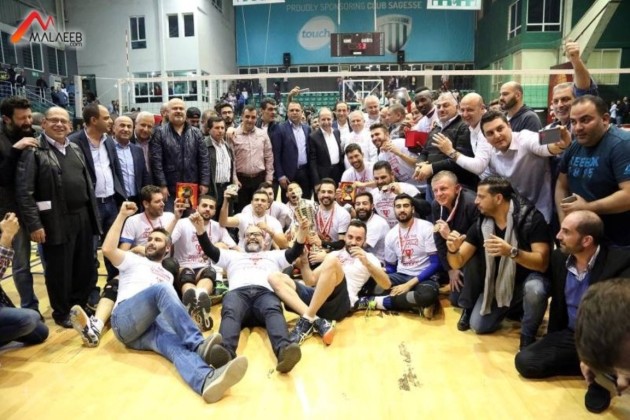 The team from Batroun and also top seed in the Regular Season won the playoff finals against reigning champions, No.3 Tannourine from Tripoli, by a 3-1 in series.

Game 4, which decided on the new title holders, was held at Tannourine’s court and in front of packed stands – nearly 3,000 spectators.

Chekka won the first game at home 3-1 but lost Game 2 by the same result on the road. Chekka then prevailed in the third game 3-2, finishing the job away in Game 4, making 50% attack compared to 39% of Tannourine and 9 blocks comparing to 3 from the rivals.

The Hungarian opposite Krisztián Pádár from Tannourine was the best scorer of the fourth game with 24 points, while Cameroonian opposite David Feughouo had 15 for Chekka.

Interestingly, the MVP did not come from a team that took the trophy but from the runners-up. It was above mentioned Hungarian Pádár.