The captain of Azerbaijani national team decided to put an end to her volleyball career. 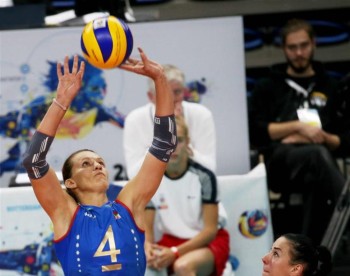 She was thinking about this a lot, even before the start of EuroVolley 2015, but after Azerbaijan got eliminated already in the first stage she made the final decision. Oksana Parkhomenko Kurt has finished her volleyball career!

She spent most of her career in Azeryol and Azerrail, two clubs which are actually part of the same project. According to some rumors, it is expected that she continues to work in one of those two clubs as a team manager.

Oksana Parkhomenko Kurt played almost 200 games for the Azerbaijani volleyball team, while she the team captain in recent years.