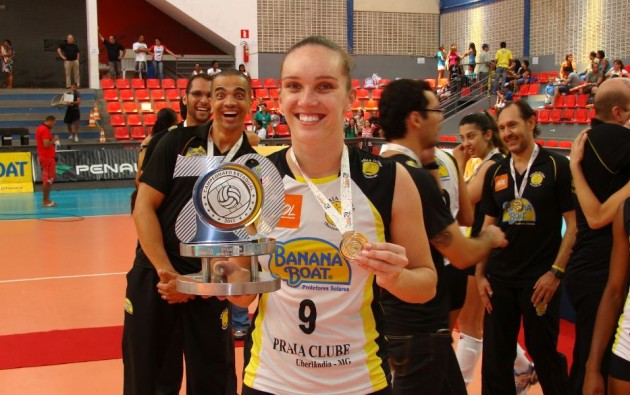 “We started badly, because we felt pressure from the opponent’s home court. We made some substitutions that gave new life to our team. With the entry of Angelica and Mayhara we played an equal game, but made too many mistakes and ended up handing the victory in the tiebreaker” Spencer Lee, Praia Clube‘s coach explained.

Angelica turned around the game of her team. She entered in the third set and made the reaction Praia Clube needed to recover. In just two sets and the tie-break, Angelica Malinverno scored 19 points and was the team’s highest scorer. After the entry of the player, they played much better.

“She changed the game by the behavior and attitude on the court. Angelica was great in blocking and influenced the result in this match. Surely, she is one of the highlights of this season” he finished.