written by WoV May 6, 2012 source: melhordovolei.com.br

The Cuban player Yusleyni Herrera got excellent proposals from the teams of the European league, but decided to stay in Brazil for the third consecutive season. 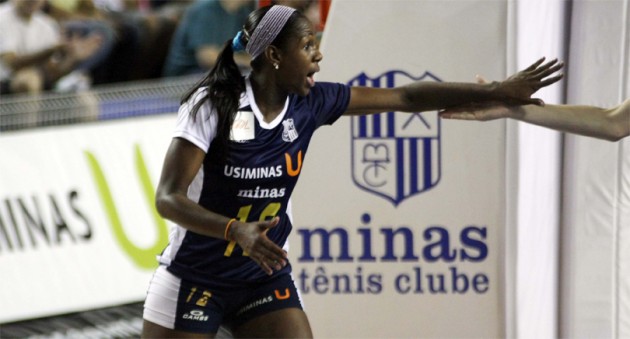 After two years in Usiminas / Minas, Herrera will wear the jersey of Banana Boat / Praia Clube, the team that is placed sixth in the Super league 2011/2012. Many players that were led by Lee Spencer in the past season, have renewed their contracts with Praia Clube. The setters Juliana Carrijo and Camila Torquette, the opposites Monique Pavao and Nicole, the spikers Dayse and Sara, the center Angelica Manliverno and the libero Arlene will stay in the club. The new players for the following season are: Mayhara (Rio do Sul), Leticia Hage (Mackenzie), and Michelle Pavao (SESI).