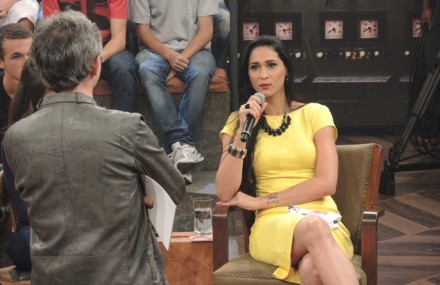 She added that the big guys do not give her so much trouble. The biggest problem is to hold the euphoria of some female fans of her husband, Murilo, also a famous Brazilian player.

„I think women are more fired. I have a husband playing volleyball too, and they scream and throw themselves at him. My fans are calmer. They show posters at the matches“.

The Olympic twice champion wondered if the guys in the stands watch a volleyball match attracted to the sport or the players. She said that several years ago the harassment of players was greater.

„There were people who went to see the bootie of girls (laughs). The part of the crowd would shout: ’Hottie’. Things like this rooted well. Women also do this at male matches“.

Gender issues were at the heart of a TV show debate where Jaqueline was a guest. Along with other guests – actresses and singers, she discussed relations between men and women.

Voice of Ngapeth – “I’ve never been involved in this brawl”

Istanbul dilemma – in or out? (VIDEO)