Brazil dropped out of participation in 2015 World Cup

One of the best men's national teams in the world at the moment, Brazil, will not play in this year's World Cup - informed Walter Pitombo Laranjeiras, the President of the Brazilian Volleyball Federation. 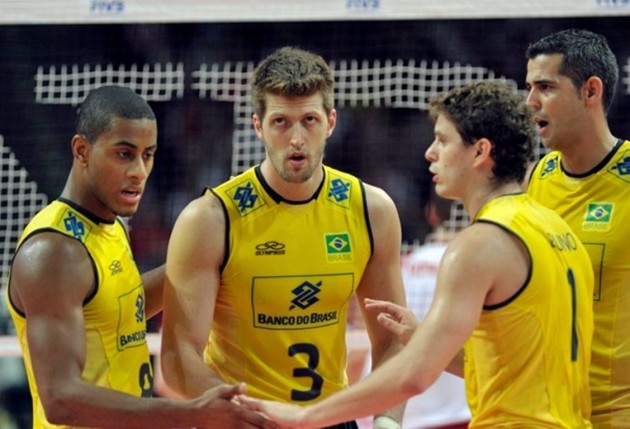 For the national team of this country the top priority this season will be to play in the World League and Pan American Games. Brazil will host the first tournament. Second competition will be held in Toronto, Canada.

This year’s World Cup will be played from September 8-23 in Japan. It will be the first qualification tournament for the 2016 Olympic Games in Rio de Janeiro, in which Brazil has ensured participation as host.

Recall that Russia triumphed in the 2011 World Cup in front of Poland and Brazil. All three teams qualified for the 2012 Olympic Games in London.

This is totally ok and normal. They are organizers of OG so they don’t need World Cup. BTW World league brings U 100000$ or more

Brazil DID NOT dropped out of the 2015 World Cup. FIVB removed Brazil from the competition.
Ary Graça (FIVB president) said the decision was made based on the principle that a team that is already classified for the Olympic Games DO NOT play the qualification tournaments.
I think this is ridiculous and no one at Brazil is happy about it. We want to play and FIVB is impeding.
We, Brazilians, think the recent clashes between CBV (Brazilian Confederation of Volleyball) and FIVB are the main reason that FIVB decided to retaliate with this action.

Wait, wait, this is only the beginning of the lroblems for the Brasilian team and CBV. Graca will make some more moves…

BRA W: Tandara makes not one but...