BRA M: Wallace on a life of Brazilian NT after Rezende – „Work and commitment will be the same”

One of the best opposite hitters in the world, Wallace de Souza, gave an extensive interview for „Globo Esporte“ just before the start of the playoffs in the Brazilian Men’s volleyball Superliga. 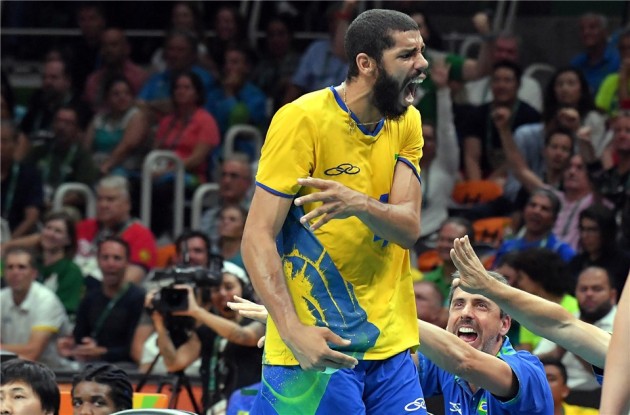 In a highly interesting interview with „Globo Esporte“, opposite of Superliga title contenders Funvic/Taubaté spoke about his dream to win the national championship and dethrone his former team Sada Cruzeiro, but also about not being able to have a moment peace from the fans after winning gold medal in the 2016 Rio Olympics, conversation with new Brazilian Men’s NT head coach Renan Dal Zotto, his own future with the NT…

“I hope so. If I stay in one piece, I’ll be there, yes. As for my professional goals, I have already accomplished the biggest of all – winning the Olympics. But I don’t have a World League, I don’t have any World Championships, there are tournaments that I still have to win to be a complete player, right? But the question of being in Tokyo in 2020 will depend a lot on my physical condition. I’ll work for this, there’s no doubt about it,” Wallace said.

Have you had a conversation with Renan (Dal Zotto) since he took over the national team?

“I know Renan, but not as a coach. I know him as the manager who worked in the CBV (Brazilian Volleyball Confederation) at the time that Bernardo (Rezende) was still. But Éder, Mário (Júnior) and other players already know him as a coach. I had a conversation in one of the games in Taubaté. He asked how I was. I said ‘I am here’. I was not in the best of my physical condition, my techniques and tactics. I was too exhausted. After the Olympics, I had a week off and went to have a break again in the New Year and Christmas. This is very tiring. The body is destroyed. You do not give rest to your joints and muscles,” opposite added.

What about the burden for those who stay after such a victorious coach (Bernardo Rezende)?

Read the entire interview at globoesporte.globo.com.

RUS W: Easy peasy for the champions – Dinamo Moscow get the lead in playoff semis vs. Yenisey

If there were playoffs for attractive players, Sakhalin wouldn’t be eliminated (PHOTOS)

Have you ever seen Horacio Dileo celebrating...

WCHJ W: Brazil in quarterfinals with their...