Sada Cruzeiro beat Sesi-SP in Game 2 of the 2017/18 Brazilian men’s volleyball championship Superliga finals to win the national title for the sixth time, the fifth in a row. 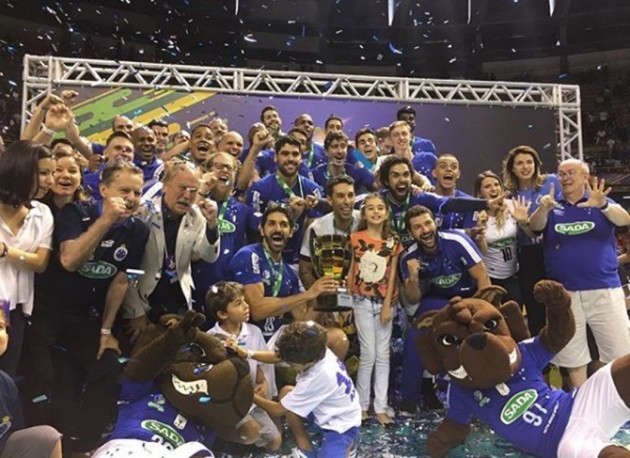 This season, no team managed to resist the top-seed Cruzeiro with this intensity twice in such a short period like No.3 Sesi, but Superliga title stays with the team from Minas Gerais state.

The match was held in front of 14,800 spectators at Estádio Jornalista Felipe Drummond, commonly known as Mineirinho, in Belo Horizonte, which was the venue Cruzeiro have chosen to be their home ground for the finals.

Game 2 could have got a different course if Sesi managed to maintain a 12-7 in the third set. As for the tie-break, Cruzeiro dropped a 5-1. Sesi tied at 5-5 pushing the set to the trading of points, in which Cuban Yoandy Leal was a key figure for Cruzeiro until his compatriot Robertlandy Simón closed it with a “slam dunk”.

The Argentinean setter Nicolás Uriarte from Cruzeiro was named MVP of the finals, while Leal was awarded MVP of Superliga.

F4 in Bucharest: Neslihan and Seda played their last game

BRA: Revolution in volleyball, fans next to...