It seems that Volei Osasco continued with making a strong team for the next season. 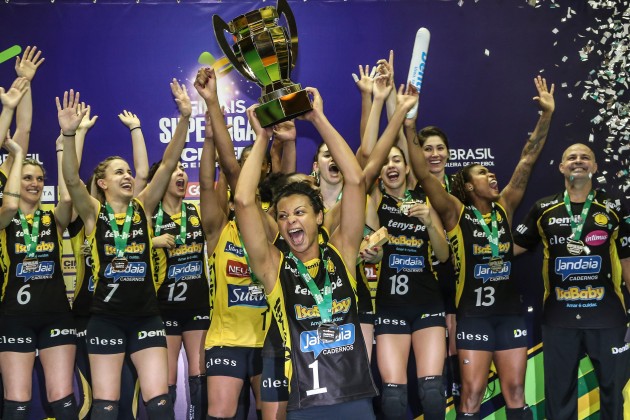 According to Brazilian media, it seems that Osasco hired three players from the current champions of Superliga. Bruno Voloch said that new player of Osasco are Walewska de Oliveira, Claudia Bueno Da Silva and Natasha Cruz Farinea who in the previous season won the title with Praia Clube.

He said that the three players still cannot be announced officially by force of the previous contract and that should be in early June.

For now, Osasco signed with Destinee Dante Hooker-Coulter for 2018/2019.

Players, take the opportunity to promote yourself at WorldofVolley.com