A major men’s volleyball transfer rumor is coming from Brazil! 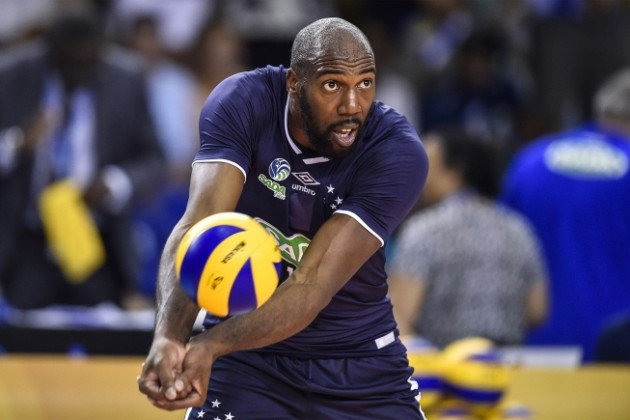 According to the well-informed journalist Bruno Voloch, The Brazilian Superliga defending champions Sada Cruzeiro have received a tempting offer for their middle blocker Robertlandy Simón from Italy.

Allegedly, the current SuperLega runners-up Cucine Lube Civitanova offered 100,000 U.S. dollars for the Cuban superstar but Cruzeiro have refused it as they ask 400,000 dollars for his „freedom“.

The thing is that Simón has a valid contract with Cruzeiro until the end of the next season but he expressed a desire to return to play in Italy after four years.

That is a a ridiculous sum to pay for a buyout transfer fee. No way Lube plays $400,000 or anything close to that for a 32 year old who has a ton of wear and tear on his body from international ball since he was 17.

Cruzeiro looking to squeeze $$$$$ out of this situation

Re: @suisse
Lol first to all Simon birthday was 5 days ago and he is 31, second have u seen his body???? he is one of the most physical phenom outthere almost like Lebron in Basketball, with 30 he schooled Lisinac which for most part of the people is the best MB right, now. Im agree that Cruzeiro is asking to much but the thing is they dont wanna let him go cause their entire project would fall then for the next season at least in their league, with the current roster even with Simon on it, win the world championship club is out of the question with Zenit and Perugia. Simon did a bad thing signing for 3 years Cruzeiro will not down his fee, even if is only for one more year, he will go to Civitanova next year for free.

Of COURSE he is a great player but is he worth a big salary AND a $400,000 transfer fee? No Way. The Brazilian economic situation and the reports recently of the lack of govt. funding for sports in general make believe that Cruzeiro is NOT going to back down from their demand.
Im not sure I would sign him for longer than a 2 year contract if he gets released.

Re: @Is Just a silly race Lube is making with kazan and Perugia spending incredible money and compiting who will bring famous players! The only one here who wins are players’ managers who squees more and more money from stupid president

Re: @Axe
I disagree. These players are worth it and the league may well become the strongest again in the world as it should be. The men’s game is so much better than the women’s game today and people need to respect that.

Lube trying every angle to get Simon there this year. Feathers are getting ruffled and Brazil team is NOT happy with the backdoor stuff. Getting hot!

Simon did very bad. The CEO of SADA is italian and the biggest partner of FIAT Group in Brazil….FIVB has an acused corruption in Brazil president and I bet he will do nothing, but Mr Medioli has great influence in Italy and it will cost a lot for Simon this child behavior….I bet even the italian ctizenship he wants for his son that will born he will not get…. He mess up with the wrong man….

His son even if born in Italy cannot get italian citizenship. Another excuse from Simon not to stay in Sada with no real support

Re: @Axe his son will have citizenship at the age of 18 and with an italian citizenship he can live,work and move in all european country without restrictions