ECH 2017 M: Grbic – “We played against the pressure of Estonian fans and their team”

Serbian coach Nikola Grbic admitted that his team played less aggressive against Estonia than it was two days ago at the opening of the EuroVolley 2017 against Poland. 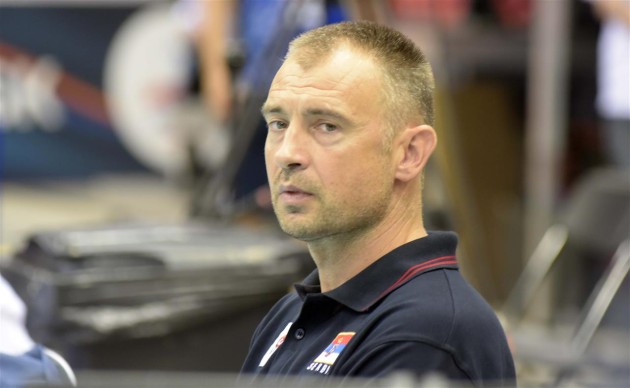 “That match was something I was expecting to happen. Perhaps I did not expect to be playing with this much difficulty, but I knew that it is not likely to play another match with that level of focus like we did against Poland in Warsaw. Estonia are not Poland and we were not underestimating our opponent, but perhaps subconsciously we were a little bit less aggressive than we were two days ago. I won’t say I am more satisfied with this victory, but it is close to the truth. Estonian fans were great. It is beautiful to play in front of your own crowd and Estonia played almost like as if they were at home. It wasn’t easy to have so many people cheering against you, but then again it’s not only that we played against the pressure of Estonian fans, but we played against the pressure from their team, who played really great tonight. We are already prepared to play every day and sometimes it is not bad to do so because you immediately turn to the next match and don’t have time to think about it. But tonight we lost a lot of physical and mental energy because we were so close to lose, so the day off will be used perfectly” explained Nikola Grbić.

WCH U19 M: Russia and Iran in the final

All matches for European Cups in Turkey scheduled...

CL M: Zenit out of Playoffs for...