Andrea Giani, head coach of the German national team, has given a credit to the players on the bench. 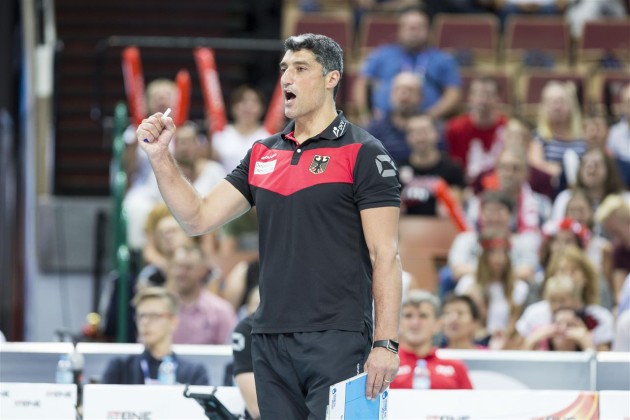 “This quarterfinal proved how important it is to have a solid squad on the bench. Ruben Schott replaced Christian Fromm, stabilised the reception and allowed Lukas Kampa to have more options in setting. I told my players to focus on particular elements and that paid off. The best example was George Grozer and his ace that gave us the semifinal. Keeping this focus will be key in Krakow,” says Giani.

“It was a great fight till the end. We were so close. I am proud of my boys, because they fight till the end and it was a small difference between us and Germany during the first and the fourth sets. We want to go to the next European Championship so in the next season we will change a little bit our team, because some of the guys want to finish their careers, so we have to take some fresh and younger guys and prepare them for next season. For us, the first match against Slovakia in the pool was very important, because we wanted to go through to the next round and we did it. Then we played very well against Italy and after that match we started believing that we can do more and go to the semifinals,” says Michal Nekola, coach of Czech Republic.