CEV CUP M: Belogorie and Resovia cruise to 8th Finals, Štokr ruins plans of Neftochimic, sending Liberec to next round

Four teams secured their berths in the 8th Finals of the 2018 CEV Men’s Volleyball Cup in today’s 2nd leg matches. 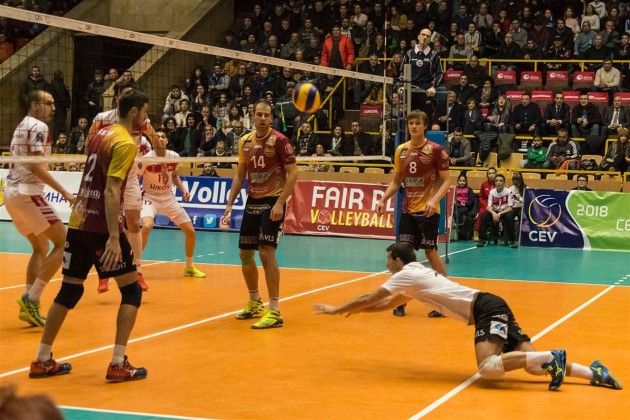 Belogorie Belgorod were once again merciless on the Bulgarian side CSKA Sofia. It was another straight-set win for the Russian powerhouse that was spiced up with the fact that as much as 10 players registered for the match made it to the scoresheet. They were led by Dmitriy Muserskiy, who poured in 15 points.

The Polish powerhouse Asseco Resovia Rzeszów followed the footsteps of Belogorie and advanced to the next round in the same way – by making a double sweep of Perungan Pojat (Team Lakkapää) Rovaniemi from Finland.

Despite the fact they had to take only two sets in the rematch against Serbian representatives OK Novi Pazar since they won the 1st leg by a 3-2, ACH Volley Ljubljana from Slovenia achieved a straight-set win at home ground. The Ukrainian Dmytro Babkov stood out for Ljubljana with 12 points.

After they got themselves a pretty good result in the 1st leg on the road, Neftochimic 2010 Burgas fans expected from their players to make at least the same effort in the rematch against Dukla Liberec. But, led by a famous opposite Jan Štokr, who delivered 19 points, the Czech club won by a 3-0 and advanced to the 8th Finals.

POL W: Budowlani Toruń sign with new coach for the rest of the season

CHALLENGE CUP M: Tours’ fans say no to racism as their players fail to make comeback of the season