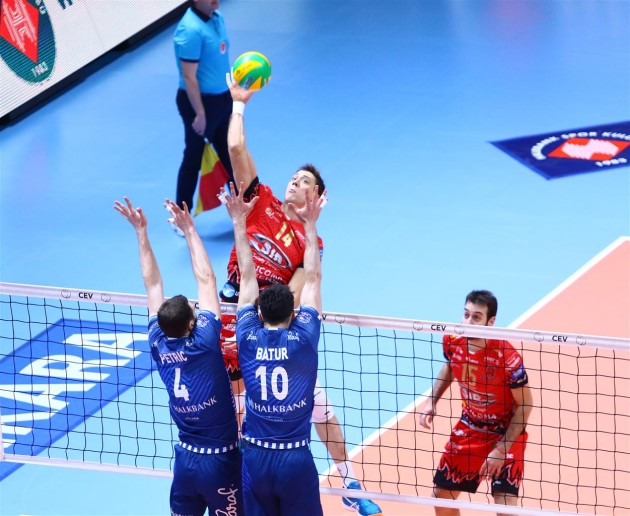 In the first two sets, Perugia broke the resistance of the rivals in the early stages. In the first period, the Italian side made a 4-1 run at 16-13, while in the second set, they made a 4-0 run at 7-2.

Halkbank had a big chance to extend the encounter to the fourth set by getting a 20-18 in the set no.3. That’s when Perugia coach Lorenzo Bernardi called for a time-out after which his team tied at 21-21. Aleksandar Atanasijević scored two points in a row, a long-range attack and ace, and “Block Devils” went up to 23-21. Halkbank leveled at 23-23. Perugia than got themselves six match balls, before converting the seventh, which came after Fernando Hernández hit the ball out of bounds.

The Serbian opposite Atanasijević scored 21 points for Perugia, recording 81% attack (17/21, 2 errors, blocked once). The Cuban Hernández topped Halkbank with 15 points.

Enright for WoV – “Paola Egonu promises a lot, as she is so young and with an immense talent”

CL M: Modena were in trouble against...