Enright for WoV – “Paola Egonu promises a lot, as she is so young and with an immense talent”

This is the second season in Italian Serie A1 for the Puerto Rican attacker Stephanie Enright. But this season she defends the colors of the best team in the country – Igor Gorgonzola Novara. 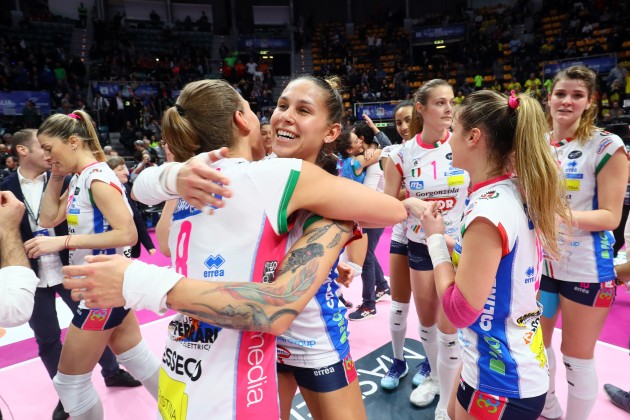 Enright, for now, scored 132 points for the Italian titleholders and she really enjoys in her new team.  Here you can check stats of this player.

This is your second season in Italy, how do you feel by playing in one of the best leagues in Europe?

“I feel filled on one side because this is the strongest league I’ve played I and mentally relaxed on another side because you are constantly playing and practicing at a high level; from the first team to the last one. The country is beautiful as well so it gives you a great state of mind.“

This season you won Italian Cup and Supercup. What do you think; can Novara defend the Scudetto this season?

“We won both cups by practicing and training very hard, playing as a team and respecting each team we play against so if we manage to stay healthy, all of us, I think we can defend the Scudetto.”

In your opinion, who are the best players in the Italian league and why?

“The Italian league has a lot of good players, great setters, liberos and middle blockers. Paola Egonu promises a lot, as she is so young and with an immense talent.“

Have you ever thought where would you like to play one day, what league will be the challenge for you and why?

“I think that in the past two years in Italy I have had a constant challenge and it’s a right place for that. So, I would like to keep playing here. In my mind, the second thought would be Brazil or China because there are great local players and they train a lot.”

What do you expect in the CEV Champions League? Your opponent in Play-off 6 is Galatasaray.

“This is my first time to come to this stage of the Champions League. I’m very excited that I will play against another Turkish team. They have a good team but like I said before if we play as a team and stay healthy anything could happen and it would be fascinating to arrive in the Final 4. We are motivated.”

Do you think that Novara got the easiest opponent since that Galatasaray moved to the next stage as the third best second-ranked team after the pool stage?

“I think not one opponent is not easy. We are talking about CEV, every team is good doesn’t matter the position. We just have to play hard every match.”

What is the future of the Puerto Rican volleyball?

“In Puerto Rico, there is a lot of volleyball, a lot of girls play it. This year a lot of players left hometown to play around the world because of the situation after Maria (the hurricane). I think this very positive because they gain experience. We have very young talents and I hope that we let them show that. It’s a whole new generation combined with maybe 2-3 “old players”.  It is a process.” 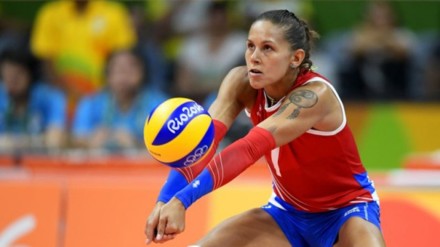 What is your main goal in volleyball career?

“I guess I can say that I was lucky to make it already happen. I participated in the Olympics and the truth is that the emotions are ten times bigger when you get there and have the whole experience.“

Can you describe us one of your free days, when you don’t have the training or a game?

“That day I am the happiest person. I enjoy my free time with my dog. I love to make adventures for us. I always plan something; to go somewhere where I haven’t been to.”

BUL W: Maritza and Levski with advantages before re-matches

He is not afraid of Ngapeth’s spikes...