One of the most prominent Belgian clubs Volley Asse-Lennik has changed both location and the name. 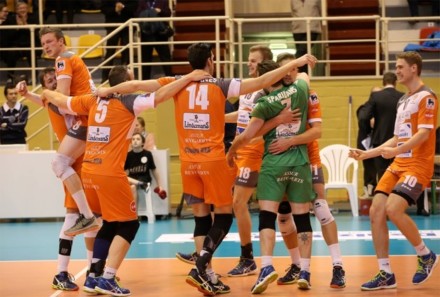 Asse-Lennik will be Lindemans Aalst next season. They changed the name due to moving from the city of Asse where they played as hosts to the city of Aalst. Also, since the club remained without its main sponsor, it renamed Lennik into Lindemans, a brewery which took over sponsorship.

Two-time Belgian champions Asse-lennik (1987, 1988) were based in Asse since 1996 but the gymnasium where they played as the hosts, only in domestic competitions (they played home games in European competition in Maaseik or Antwerp), will be demolished and replaced by a trade center. Until 1996, the club played in Lennik.

Last season Asse-Lennik ended the regular season as leaders but failed to qualify for the playoff finals, reaching Playoffa 12 in the CEV Champions League.