FRA W: Schleck – We have everything to gain

Helene Schleck spoke of Beziers, their lost to Mulhouse and the next game with Cannes. For more latest volleyball news visit worldofvolley.com 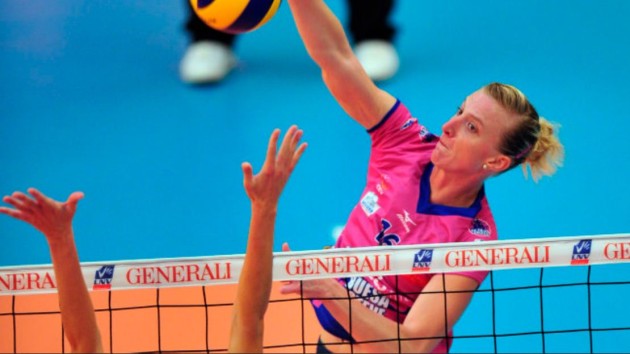 – Helene, what lessons can you learn from this setback against Mulhouse?

– This is a game that was decided by the details. We were good in all areas of play until 20-20 and then we started to make some small mistakes. Mulhouse has taken over. It was anyone’s game.

– It’s always the same with Cannes. We do not know what they will give. Somethimes they have a gread game and somethimes not. We have everything to gain in this game.

– What could be the recipe to win?

– The competition for the top 4 places will be fierce.

– This year, it may be more difficult than in other years, especially because all the teams are strengthened. Our goal is obviously to be in the top four. After that, if we could finish second or third, it would be nice. But Le Cannet and Calais are not far behind. We will have to fight.

– What could help you improve your game?

– Our strength lies in the collective. The group pushes the team. Even if there are two or three players who don’t have a good game, we can win.

– This is your second season in Béziers. What do you plan in the future?

– I have a one year contract. I’m closer to the end of my career than the beginning. I like it in Béziers, I do not necessarily want to move.

FRA M: One of the biggest world...

INTERVIEW: Laurent Tillie for WoV – “I...