On Thursday, with only 24 hours left before the start of the home tournament where his players will try to book a ticket to the Final Round of the 2014 FIVB Men’s World Championship, France’s head coach Laurent Tillie announced the names of the 12 players retained for the qualifier taking place at the Carpentier hall in Paris. 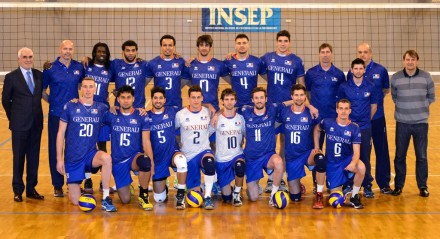 Setter Benjamin Toniutti will be the captain of a group whose average age stands at 25. The last players to be cut by Tillie were Nicolas Rossard and Franck Lafitte.

“It was not easy at all to make this choice” Tillie says. “Nicolas and Franck have contributed a lot to our preparations which lasted for the last couple of weeks. However, the experience of other guys did count in the end. I have been very surprised by these players who got integrated into the group very quickly. They contributed a lot of energy to the team on our way to this tournament” Tillie adds.

This weekend France is set to play Belarus, Spain, and Belgium  as the team will be trying to exploit the home advantage in order to make the Final Round of the 2014 Worlds in Poland.

The winners of the five third-round qualifiers plus the second-placed team with the best score across all Pools will complete the European contingent for the Championship thereby joining hosts Poland plus the gold and silver medalists from the 2013 European Championship, Russia and Italy.