CL M: Tours – ready and eager ahead of Jastrzebski clash

On Wednesday France’s TOURS VB will continue their adventure in the 2014 CEV DenizBank Volleyball Champions League – Men by hosting Poland’s JASTRZEBSKI Wegiel for the first round of the Playoffs 12. 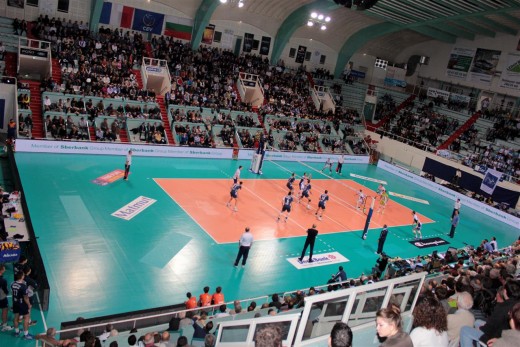 After a very good start of their campaign in the prelims, TOURS VB had to settle for second place in Pool A as they lost in straight sets to Italy’s Copra Elior PIACENZA in the fifth round. On the other hand, JASTRZEBSKI Wegiel finished their campaign in the prelims with a 3:2 home victory over Turkey’s Halkbank ANKARA to claim first place in Pool F.

After a break due to the Christmas holidays and the World Champs qualifiers, the French national league resumed this weekend with TOURS VB beating LYON 3:2 to seal their tenth victory in the competition and cement their third place in the standing. Their upcoming opponents from Poland lost a very important game with archrivals Zaksa KEDZIERZYN-KOZLE (2:3) and so will be extra motivated for the first clash with TOURS VB.

“We want to show that our team is always ready to play the strongest European sides” TOURS VB head coach Mauricio Paes says. “This match is very important and it means a lot to us.”