It seems that these days we only write about Earvin N'Gapeth and his departure from Kuzbass, but to be fair, it is a pretty big deal. Volleyball media (mostly French and Russian) are competing who will give the fastest and the most accurate information about the "N'Gapeth saga" as we like to call it. Still no one had anything directly from Earvin and it's only matter of time when will he speak up. 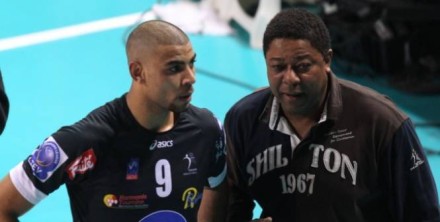 European rising star came to Kuzbass as a transfer-bomb this summer. After an amazing season when he was just a few points away from the European crown with Cuneo and that charismatic squad which included Sokolov and Grbić, he decided to cash in with the wealthy Russians. And boy did they pay him. Over 400.000 Euros is a serious money in volleyball but that wasn’t enough to keep the temperamental Frenchmen in Kemerovo.

His father Eric N’Gapeth, the coach of Kuzbass has no idea of what is going on with his son, he even sent him an open message in social networks: “Earvin, what is going on? Neither me, nor anybody in Russia can understand what is happening. You let me down, me, the sponsors, teammates, the club, everyone… You could have at least tell your father that you are not coming back, I’m ashamed and hurt.”

Kuzbass board will sort this manner in a very fast fashion, by taking Earvin to court. “We are not going to waste any time, Monday is the day when our lawyers start to work on N’gapeth’s case. This will not go unpunished. He recieved half of his contract for playing only six matches for Kuzbass in a month and a half span. His agent tried to convince Earvin to come back and do the right thing, but he failed. There is nothing left for us to do but ask for his suspension. As far as Eric goes, he will continue to coach the team.”

CL M: Tours – ready and eager ahead of Jastrzebski clash