After Novica Bjelica and the Dutch setter Nimir Abdel-Aziz, Poitiers has hired another Serbian player, this time an experienced 33-year-old receiver. 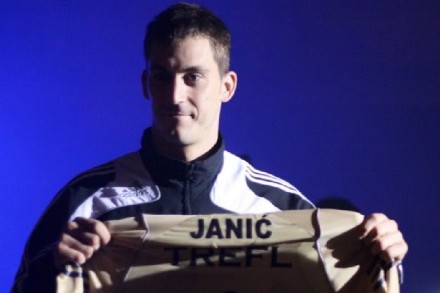 Actually, it is about Bojan Janić, former captain of the Serbian national team who played for the Romanian C.V.M. Tomis Constanta in season 2014/2015. He will be a new reinforcement of Poitiers  in the season 2015/2016.

So far he played in Italy, Spain, POland, Russia, Turkey, Iran, China and Romania, so it will be the first time that he will play in France.

What happens when you hire Heynen? Ten...