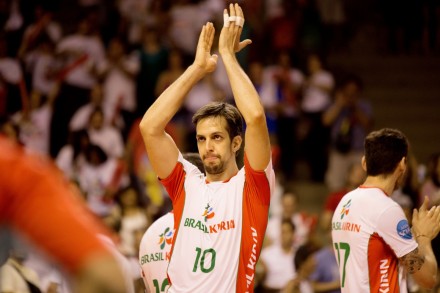 Probably the most prominent reinforcement for the season 2016/2017, not only in Sète but in the French Championship as well, is Brazilian middle blocker Luiz Sene ’Luizinho’. He came from Brazil’s runners up Vôlei Brasil Kirin/Campinas.

Besides Luizinho, Sète signed with the Dutch and domestic receiver, both coming from French rivals. Ewoud Gommans was brought from AS Cannes Volley-Ball while prospect Axel Truhtchev arrived from ASUL Lyon Volley. Also, Steve Peironet, a libero from Motpellier Volley U.C, became their new reinforcement.

BRA M: Rezende cuts one more player from the roster!

ROU W: Ukrainian beauty who made sensation on...