Berlin Recycling Volleys is taking the next important step on its mission to defend the title. On Saturday (March 30) in the capital city will starts the play-off semi-finals, which will be played in "best of five". Berlin Recycling Volleys will play against TV Ingersoll Bühl, strong and motivated opponent who want to make something more in this season. This and other volleyball news read on Worldofvolley.com. 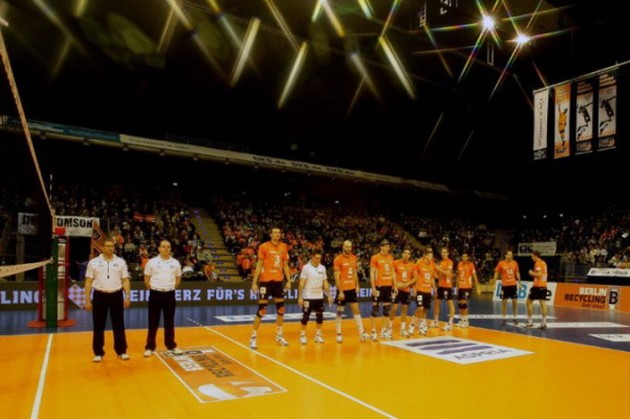 Against the VC Dresden two weeks ago Berlin Recycling Volleys open playoff with a comfortable 3-0 home win in front over 5,000 enthusiastic spectators. Now Berlin is facing much harder task against TV Ingersoll Bühl.

Berlin Recycling Volleys coach Mark Lebedew states: “The semi-final series against Buhl is a great obstacle on the way to the finals. This is the most important time of the season. We worked intense and focused in the last days.”

Good preparation is important, after all, the TV Buhl is the only team who beat the reigning German champions in the main draw. In early February, Berlin Recycling Volleys lost away against TV Ingersoll Bühl with 2:3. In this Bundesliga season TV Buhl had only two losses against Generali UNTERHACHING and VfB FRIEDRICHSHAFEN, which face each other in the other semifinal. All other games TV Ingersoll Bühl won. Also in the play-off quarter-finals TV Ingersoll Bühl won series against Moerser SC convincing.

“No matter how the opponent is, we want to win every game,” said TV Ingersoll Bühl coach Ruben Wolochin. His opponent Mark Lebedev pays tribute to the semi-final opponents especially after the recent defeats, “We have no fear. At the last meeting Bühl beat us deservedly. We did not play our best game, the Bühl have been better. We still have that in our mind, it motivates us to make every effort to show our strongest power.”

Lebedev hopes on Saturday once again the support of the BR Volleys fans: “The support of our wonderful audience plays a large part in the success of the last few months,” said Berlin‘s head coach.

From the semi-final is in “best of five” sistem. A team must therefore win three games to go to the finals of the German Championship. The dates are as follows:

GER W: The other Tapp sister will...