AEK: Immoral behavior of players, contracts will be terminated!

Volleyball Club AEK has released an official statement regarding the latest situation in club. 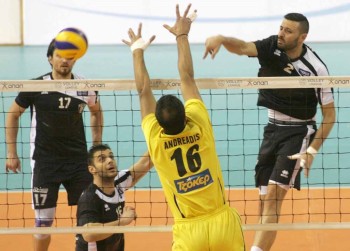 AEK officials have stated that players who decided not to travel with the team in Thessaloniki and play against PAOK showed immoral behavior toward the club! Therefore, AEK will terminate contracts with all of them!

Also, it is announced that AEK will also break the contract with the head coach Jorge Elgueta. Although he initially agreed to remain in the club he also refused to travel to the game against PAOK, and club will not continue cooperation with him.

If you want to read the other side of the story, don’t miss the check out an exclusive interview with Balša Radunović, one of the players who refused to play against PAOK.

The entire club should be ashamed of themselves. The way they are treating these players is a violation of human rights and is unacceptable. CEV should do something about this ASAP. THIS IS REALLY AN URGENT MATTER