Diatec Trentino downed Vibo Valentia 3:0 in the semifinals of the Italin Cup to advace to the final round. The first gap Itas Diatec made by captain Kaziyski nine meter points (11-9), then the gap increased with a wall of Birarelli (14-11). 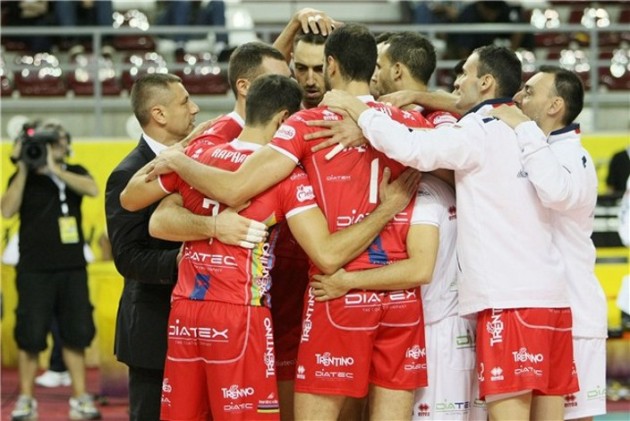 Vibo Valentia entered the game very concentrated and very firm in defense, which created a bit of trouble in Trentino’s offensive play. The Vibonesi keept well up until the first technical time out. The first gap Itas Diatec made by captain Kaziyski nine meter points (11-9), then the gap increased with a wall of Birarelli (14-11). This gave an extra motiv to Trentino team and Vibo Valentia simply couldn’t get back into the set.

The following two sets were under the light of Trentino’s great performance and Valentia’s poor response. Vibonesi were clearly indisponed by the letting the opponents win the first set. It took no extra effort for Trentino to claim the game and hope for the same result in the final game.