It’s been a tough season for Picci (jealous teammates, feud with Coach Barbolini, new team and etc) but her former club team, Bergamo, still loves her. Over the weekend, Francesca Piccinini and Team Duck Farm Chieri Torino visited and played against Volley Bergamo which they won in 5 epic sets. Read latest volleyball news on Worldofvolley.com. 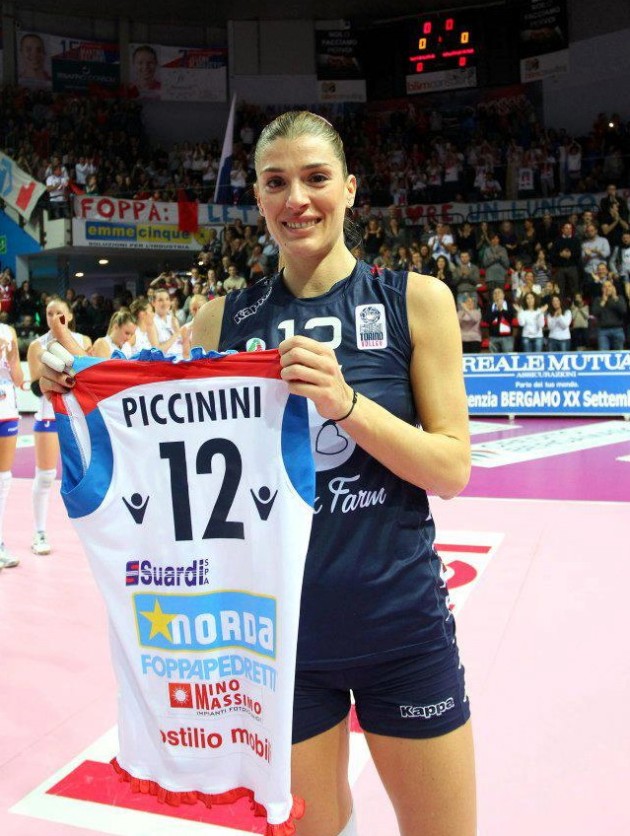 In case you didn’t know, Picci played for Bergamo for more than 10 seasons before leaving the team last year due to the fact Bergamo could not afford to pay her. Consequently, she was loaned/ transferred to Torino.

Before the match kicked off, the surprised Piccinini was honored with a very special event when Volley Bergamo decided to retire her #12 jersey. It was then the 4 time Olympian became so emotional and could not hold back her tears of joy.

It’s great to know that Volley Bergamo and the fans still love Picci even though she plays for another team. Also, we really hope Picci stays on the National Team until the 2016 Olympics. She’s an awesome player we don’t want to retire without an Olympic medal – bronze at least.

But first, she needs to resolve her issues with the National Team. Iron out the differences she has with her teammates and move forward as one team willing to sacrifice anything to win a medal for Italy.

FRA W: Cannes and Le Cannet are in semifinals of France Cup