Who wouldn’t want to have Simone Giannelli in their roster? According to Gian Luca Pasini, two teams consider reaching out to him at the end of the season. 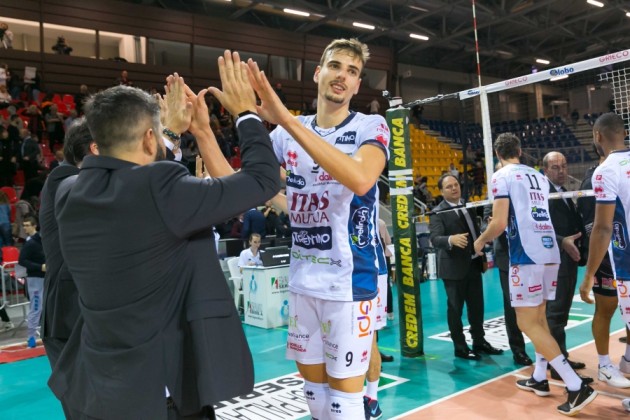 The Italian journalist Gian Luca Pasini revealed in his blog that a buy-out clause for one of the best setters in the world Simone Giannelli is set at one million euros by Itas Trentino. Recall that he extended the contract with the Italian team just last year.

Pasini said it isn’t a mystery that Trentino’s big rivals from SuperLega, Cucine Lube Civitanova, had made a rich offer to the 23-year-old player on several occasions but it’s clear that now the operation would become very expensive for the club world champions. Lube are also thinking of Bruno Rezende (so are Leo Shoes Modena) and are close to extending the contract with Yoandy Leal.

However, there’s allegedly one team who’s willing to negotiate on those grounds and that’s Sir Safety Conad Perugia. They showed interest in Giannelli, but the attempt of persuading Wilfredo León to stay is currently a priority.

ARG W: “Las Panteras” will try to book ticket for Tokyo Olympics with these players

It seems most every player who has played in Trentino really loves the club and environment. Gianelli is a product of the Trentino region and their ‘Favorite Son’. Of course they want him and I dont see him ever leaving his home.
Keeping Leal is crucial for Lube but Zenit may come throwing money at him and of course Leon to return.
Trentino would also be wise to secure the American, Russell, who is had a terrific 2019 and is set to hit the market in a big splash this year at 26 years old.