Duck Farm Chieri Torino was better than Rebecchi Nordmeccanica Piacenza 3:1 (25:27, 25:22, 26:24, 25:21) in the 15th round of Serie A1. They managed to win without Piccinini who entered only in the third set. Floortje Meijners and Lucia Bosetti, didn't play well in the first set. 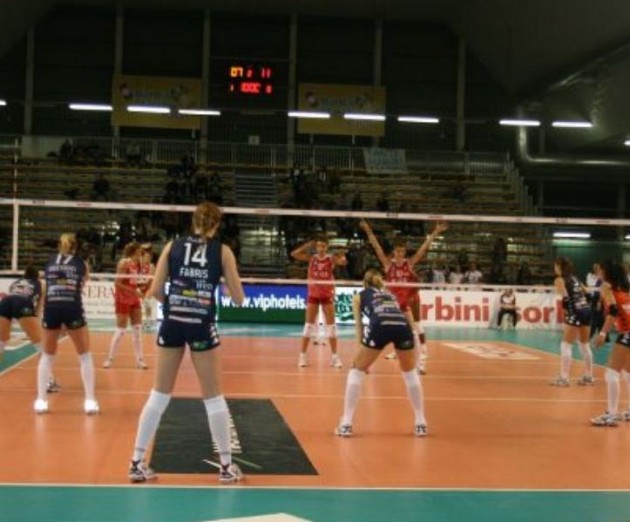 Rebecchi Nordmeccanica Piacenza took the first set even though Floortje Meijners and Lucia Bosetti didn’t play well. They managed to overturn the result when Duck Farm Chieri was leading 21:18. In the second, the hosts woke up and tied the game at one set each. In the third, Salvagni puts Frigo, Mazzanti puts Zilio in the game, it was played point for point until the end, but the hosts were better in the final moments of the set to take the lead. In the fourth set, teams were changing in the lead, it was tied at 20:20, after that Chieri stepped up and won that set, and the game.