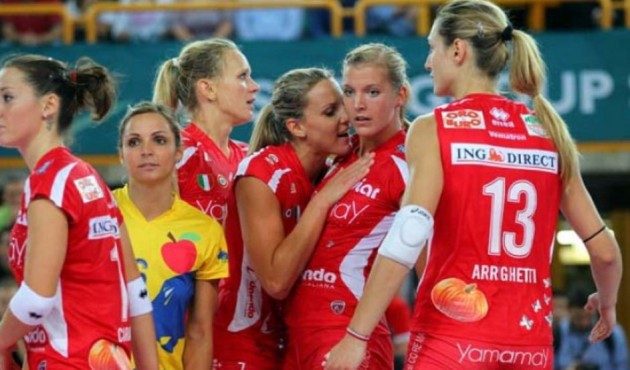 Unendo Yamamay BUSTO ARSIZIO – MC Carnaghi VILLA CORTESE. Unendo Yamamay BUSTO ARSIZIO, the defending champion, will face MC Carnaghi VILLA CORTESE. The replay of the last Scudetto and the Italian Super Cup final. During the current season, the two teams have met twice: first in the Italian Super Cup, then in the first round of the championship. Two similar games: Villa Cortese started better, but then Busto Arsizio won. We will see who will win in this motivated game. The match starts at 17:00 local time.

Foppapedretti BERGAMO – Nordmeccanica Rebecchi PIACENZA. Bergamo managed to set up a very competitive team in a position to fight for all the trophies this season, Piacenza has a roster of the highest level, with established champions and winners, which also plays in Europe (20 to 24 March play against Dinamo Krasnodar in the Challenge Cup final). The game is on program at 20:00 local time.